The sector “Sun” was founded in 1985 by Vladimir Dermendjiev as Solar Physics section in the Department of Astronomy (now Institute of Astronomy) at the Bulgarian Academy of Sciences in Sofia.
The Solar Physics Section disposes of Solar station in the National Astronomical Observatory – Rozhen at the Rhodopes mountains, near to the boundary between Bulgaria and Greece. 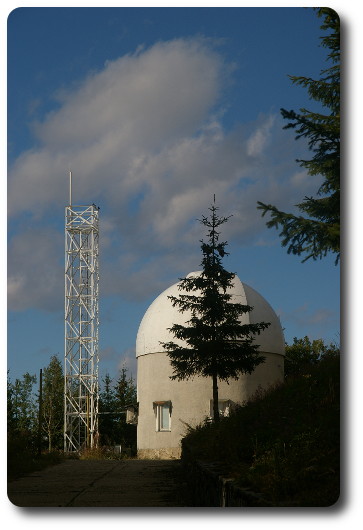 The number of scientific employees is 6.
The solar physicists cooperate with scientists and institutions within Bulgaria.

In 1992-1993 a Solar Station with 8-meter dome at the Rozhen National Astronomical Observatory was built. It is equipped with a 15-centimeter photosphere telescope. A 15-centimeter Lio-coronagraph for the solar corona and prominences observations is under construction. The big altitude and daytime sky quality, both in terms of transparency and seeing, of observatory region allow observations both the solar disk and the solar corona.